Two Years of Delivering on Your Priorities 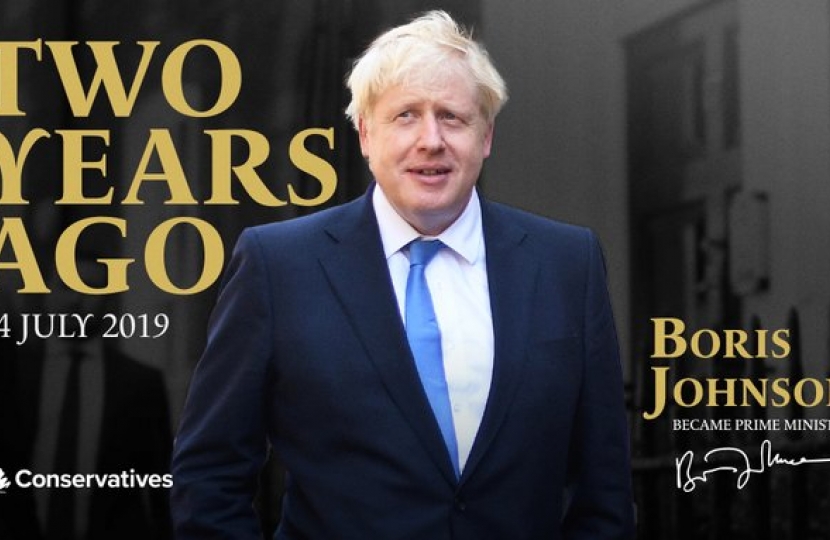 Two years ago on Saturday, Boris Johnson became Prime Minister, pledging to deliver on the priorities of the British people – and that is what this Conservative Government is doing.

Despite the unprecedented challenges of the pandemic, we are delivering on our promises – getting Brexit done, putting more police officers on our streets, boosting funding for primary and secondary schools, and recruiting the staff and building the hospitals that our NHS needs. As we build back better, we will continue to deliver on the promises we made to the British people, levelling up opportunity across every part of our great United Kingdom.

After receiving lots of fantastic entries for my Platinum Photography Competition, I'm delighted to reveal a winner!