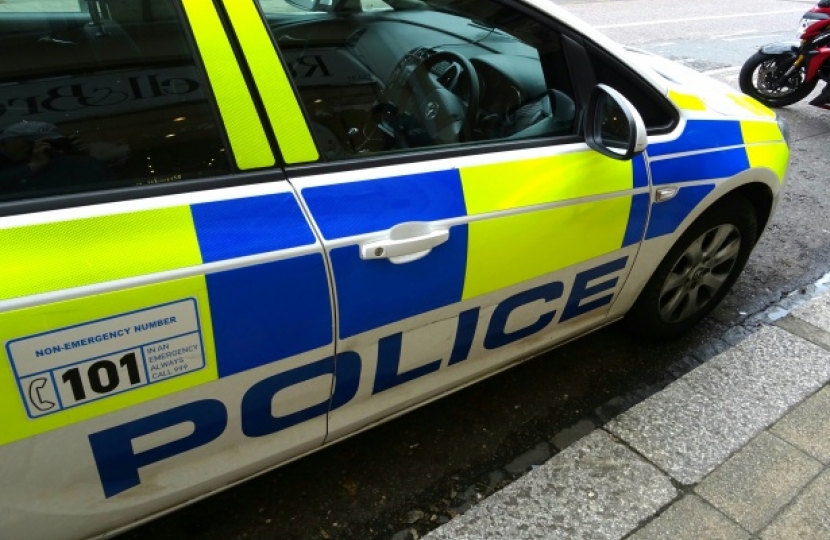 Chief Constable Nick Adderley today pledged his Force is now moving firmly in the right direction following a critical report on its past performance from the police watchdog.

Her Majesty's Inspectorate of Constabulary and Fire & Rescue Services (HMICFRS) today published its PEEL* assessment report, setting out the findings of its inspection of the Force, carried out last January.

It makes a number of recommendations, focusing particularly on weaknesses in investigating crime, protecting vulnerable people and managing demand, all of which the Force has already taken significant steps to resolve.

The Force was judged to be “inadequate” in its effectiveness at investigating crime with a lack of supervision evident as well as a need for more scrutiny of investigatory standards.

It was also struggling to manage backlogs in open investigations and within the High Tech Crime Unit where delays in retrieving digital evidence were significantly longer than the national average.

However, since the inspection nearly nine months ago, a raft of measures have been put in place, including the formation in June of the Initial Investigation Team which has dramatically reduced crime backlogs from 700 a year ago to around 70 today.

Mr Adderley said: “We fully recognise the findings made during the HMICFRS inspection and I acknowledge they make difficult reading, however we are continuing to work closely with HMICFRS as we strive to address the areas of weakness which they have identified.

“That said, some really significant work is being carried out, not least in improving our investigative capability which the Inspectorate rightly identified as being inadequate.

“The IIT has helped to cut our backlogs, while response officers who attend 101 and 999 call-outs now also own many of those investigations to which they are initially called. As a consequence, there are far fewer handovers between officers, clear lines of ownership and as a result, the public are receiving a better service than they were previously.”

Backlogs in the HTCU are also improving. At the time of inspection 550 cases awaited forensic device examination - this number has now fallen to 250.

The Force has successfully rolled out mobile phone examination kiosks meaning seized phones are checked within one month and, by January 2020, all priority examinations will be completed within 28 days and all within three months.

The Force was graded as “requires improvement” in protecting vulnerable people, with inspectors determining that officers and staff did not fully understand the scale and nature of vulnerability, not least its response to missing persons, including children.

In response, as with investigations, a dedicated vulnerability group has been established as part of the wider service improvement programme, while a dedicated missing persons unit has been set up to improve the Force’s response to missing people.

A skills profile of the entire workforce had now been set in train which would address another problem identified by HMICFRS, the ability of the Force to assess its future requirements based on changing demand, he added.

Mr Adderley said: “I want to reassure the people of Northamptonshire that we now have in place a dynamic programme of change that will deliver a much better service to the people we serve. There is still much work to be done, we are not there yet, but I am confident that through the dedication and determination of our hard-working officers and staff, we are on the way to becoming a Force fit for the future and all it holds.”

I'm glad to see that the people in charge of the police force have shown true dedication to turning the force around and providing better results for the public they serve. I look forward to hearing more positive things from Northamptonshire Police in the future.