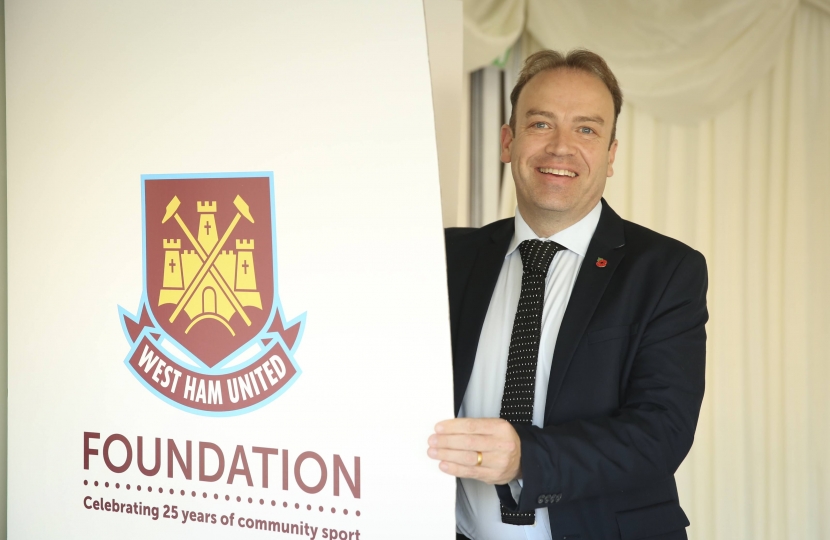 Chris Heaton-Harris MP attended a reception for the 25th anniversary of the West Ham United Foundation, the charitable arm of the Premier League football club.  As Treasurer of the All-Party Parliamentary Football Group and an active football referee, Chris Heaton-Harris MP enjoyed being able to discuss his passions and the future of the sport.

As well as MPs, the reception was attended by the Rt Hon John Whittingdale, the Secretary of State for Culture, Media and Sport, David Gold, West Ham's joint-chairman, Richard Scudamore, the Premier League's Chief Executive, and other representatives of dozens of bodies who have received support from the West Ham Foundation in recent years.

In the past 25 years, West Ham's Foundation has provided support and opportuniteis to 1.5 million young people and adults in local communites in the region, and plans to reach over 1 million people in the next 10 years alone.  During the reception these goals and others, including expanding its work across the area, establishing international programmes, creating pathways to education and work for young people in the region, and using sport as a motivator for social change.