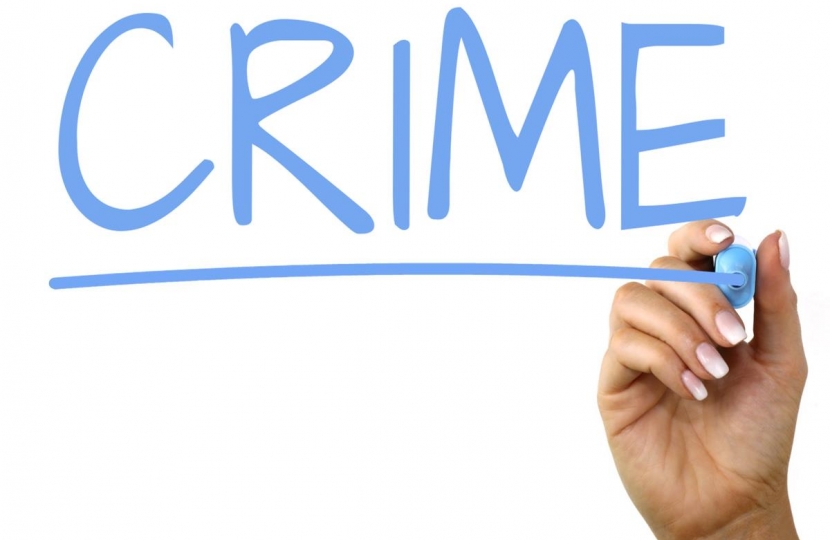 Crime has a significant impact across the UK, yet also at the local level for Daventry and its surrounding areas.

Following surveys, crime was ranked among the top 3 concerns of 68% of local respondents. This pattern is reflected at the national level, with 65% of respondents indicating that crime factors amongst their top 3 concerns.

Comments regarding crime at the local level made repeated mention of a perceived increase in burglaries, causing distress for elderly members of the Daventry constituency. Furthermore, another key problem identified is an apparent disconnect between the police and those within the community as there is a lack of visibility or access to the local police force, reducing feelings of security.

Regarding the latter, officers have pledged to hold public consultations in order for constituents to directly voice their concerns to police and facilitate better dialogue between the public and police directly.

In 2017 Northamptonshire Police introduced a new Managed Appointments Unit to improve the service they give to people reporting incidents that do not need an immediate response. This dedicated team of officers will provide appointments at police or community locations, meaning people can be seen more quickly at a pre-arranged time, allowing response officers and neighbourhood teams to remain visible and active on the front line.

Further action is being taken as more officers are recruited by Northamptonshire Police, with the force estimated to have 1500 officers by 2023 (up from 1310 this year).

Regarding burglary £3 million has been allocated towards ‘Operation Crooked’ which has been introduced to Northamptonshire, guaranteeing a visit from a police officer to every burglary victim. The operation also puts pressure on the force to share crime prevention advice as statistics show that 25% of burglaries happen via unlocked doors/windows.

The creation of this operation and the creation of a nine officer Force Burglary Team working with the Criminal Investigation Department (CID) indicates these concerns are being taken seriously.

Initiatives have been taken for a joined-up approach between me and Stephen Mold, Police, Fire and Crime Commissioner through communicating and meeting with one another to urge an awareness for the seriousness of these crimes and the prevention/support needed for those that suffer at the hands of crime.

The Countryside Alliance has recently launched a Rural Crime Survey, which invites those who live and work in rural areas to share their views on crime and policing. The results of this will be presented to all candidates at the forthcoming Police and Crime Commissioner Elections, to ensure that they can work effectively with rural communities, and understand the needs and concerns of residents. If you wish to express your views on this issue I encourage you to do so by completing the survey. Your input will help to make policing more effective in Northamptonshire, and maintain safety and security in our countryside.

The survey can be accessed by following this link:

For more information on crime both locally and more specifically nationally, take a look at my policy letter below...