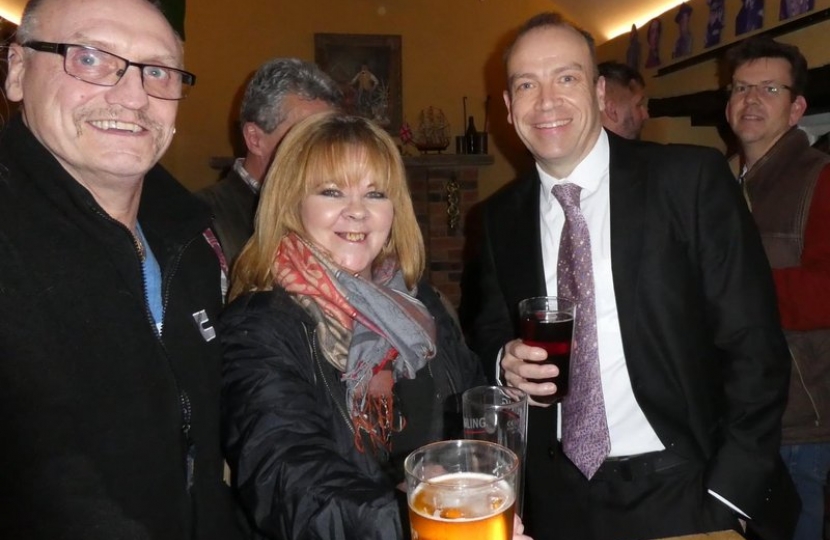 You don’t know what you’ve got till it’s gone. I think we can all safely say that when pubs closed their doors over the past year and a half, we all longed for that freshly poured draught beer, to sit shoulder to shoulder with our neighbours and let time stand still as we discuss the important stuff, such as football and village gossip. Well, nobody understands that more than the Watford villagers, who had been yearning for a pub for 40 years! This weekend, it reopens its doors.

After going through a major refurbishment and finally opening in 2019, the Wheelwright’s Arms was forced to close just a few months later as the pandemic hit. Over the course of the next year and a half, the whole community rallied together to make sure the pub was supported: from police officers, to district councillors, and me and my parliamentary team. It really does take a village!

I am thrilled that all the hard work has paid off, and the pub will be opening again this weekend. Well done to Dan and Dee for bringing the heart back to Watford village. I can’t wait come back for a pint (or two).

The Wheelwright’s Arms at Watford will be open on alternative weekends from July 24 (2pm-11pm).

Come to my Coffee Morning!

Do you have any issues you would like to raise, any political developments to discuss, or would you just like an informal chat over a coffee?