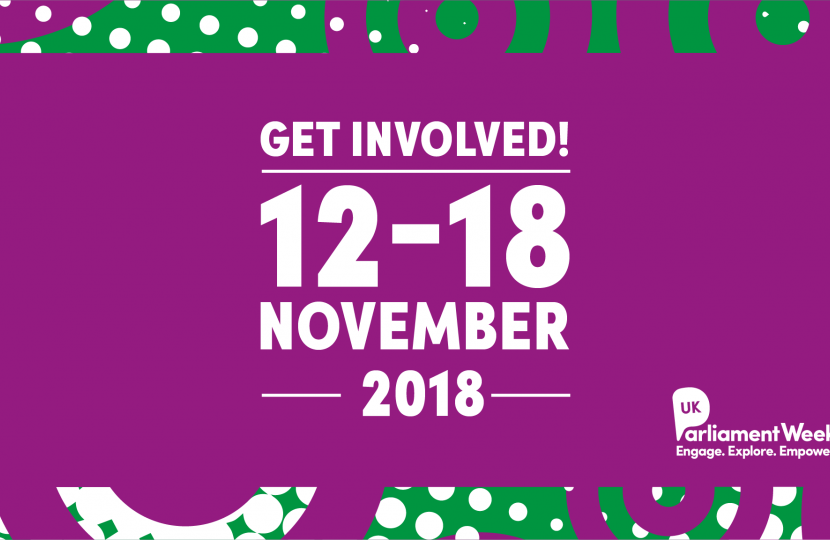 This year marks 100 years since women gained the right to vote, and I would like to encourage everyone across Northamptonshire to take part in UK Parliament Week and play a part in our thriving democracy.

UK Parliament Week is a UK-wide festival taking place from 12-18 November, which aims to engage people, especially young people, from different backgrounds and communities, with the UK Parliament and empower them to get involved. This week-long festival is part of the UK Parliament’s Vote 100 programme, which celebrates equal voting rights and other significant achievements in the UK’s democratic history. Discover more about Vote 100 here.

In 2017’s General Election, a record 32% of women MPs were elected to the House of Commons. However, there is still further to go in increasing diversity, which is why the UK Parliament is encouraging people of all backgrounds to have a say in their democracy.

UK Parliament Week is now in its eighth year, having started in 2011. This year, it is set to be the largest yet and will see more than 7,000 registered events with over 500,000 people taking part. Organisations including Scouts, Girl Guides, and the British Youth Council are set to participate. Sign up to UK Parliament Week 2018 here.

David Clark, Head of Education and Engagement at UK Parliament, said: “There are many exciting events as part of this year’s UK Parliament Week, with many of those happening in Northamptonshire. Schools, workplaces and community groups across Northamptonshire have a chance to get involved in their democracy, and to also celebrate one of the most important centenaries in British democratic history. We can only work towards a more equal society if we all engage with democracy”.

Find out more about this year’s UK Parliament Week here.