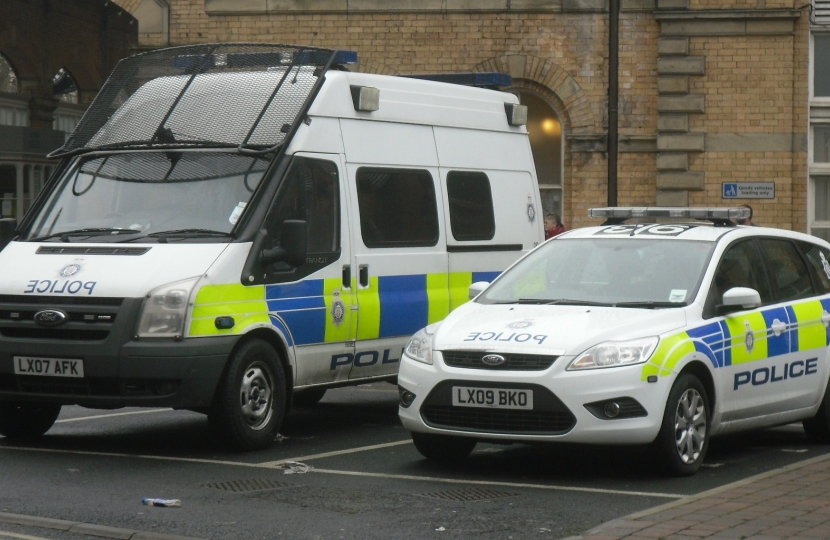 I recently received a letter from Stephen Mold, Police, Fire and Crime Commissioner (PFCC) for Northamptonshire about the current crime standings in the county. Here's some examples of the great work being done by our public services to keep us all safe:

Firstly, household burglaries in Northamptonshire are currently at an 11-year low. Back in April earlier this year, the Chief Constable and Mr Mold made a pledge to the people of Northamptonshire to prioritise the prevention of these crimes. They subsequently established a dedicated Burglary Team who’ve been visiting the home of all of those who have suffered and working to keep burglaries down.

Northamptonshire Police have also launched a new domestic abuse strategy. Domestic abuse is something which has been experienced by a large number of people across the country, and so it’s reassuring to see that the PFCC office have started putting some new initiatives into action.

Northamptonshire Police has also said that it’s reforming to place more of a focus on local communities. There are now two new Local Policing Areas covering the West and North of the county. The new arrangements will increase the accountability of those forces and continue working toward a close relationship with local residents.

As I have shared you all many times before, Northamptonshire Police is also set to benefit from a great number of new police officers. The Government’s planned uplift is set to add an extra 191 officers, 57 of which by the end of 2021 and the rest in subsequent years. These new officers are in addition to the 200 new officers that Northamptonshire Police were already recruiting.

It gives me great pleasure to report all of this progress to you and to know that Northamptonshire is always becoming a safer place. It’s promising to see all of the hard work being done by those in the Police and Fire services to protecting everyone in Northamptonshire and I will continue to update you all as and when I hear more progress.