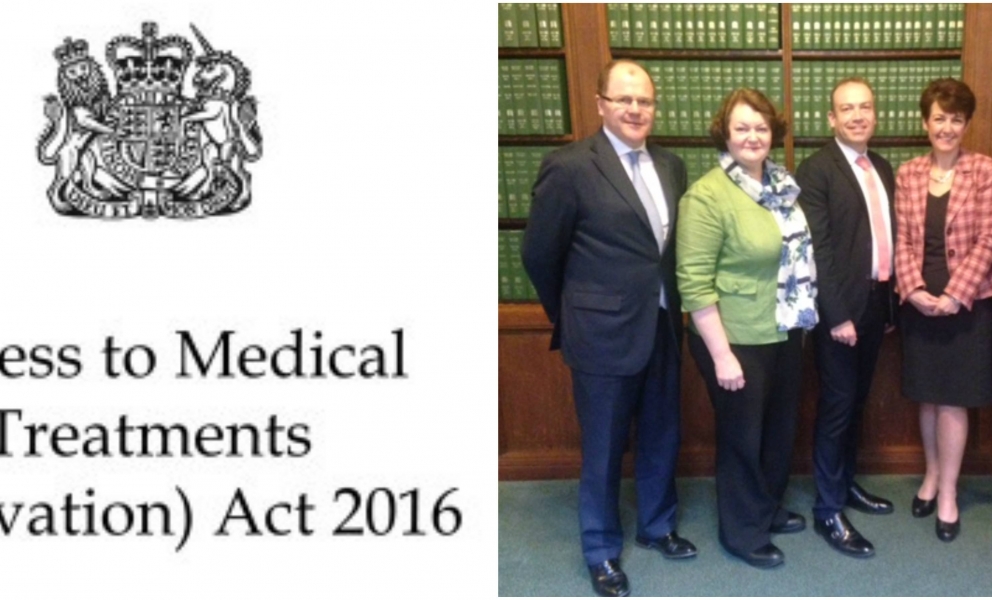 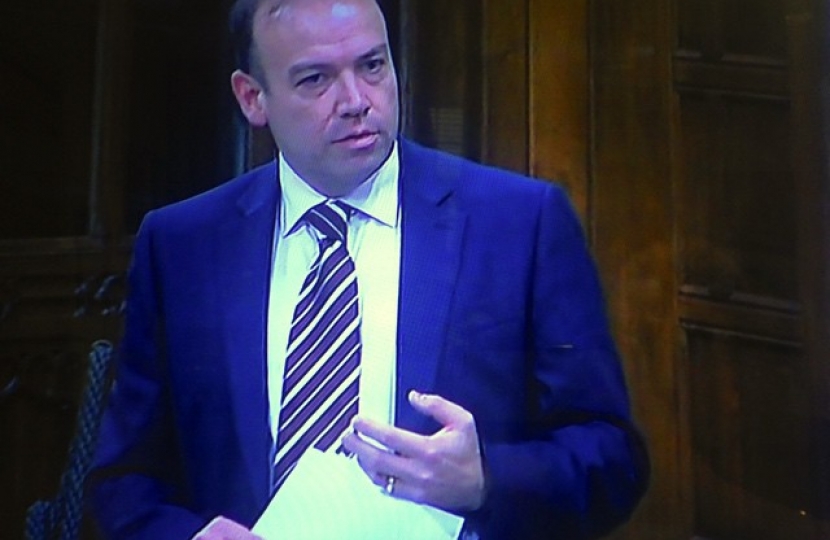 As some of you will know, just after the election, I entered a type of parliamentary lottery. I put my name down, along with 400 other MPs, for a chance to be one of twenty randomly selected to get a ‘Private Members' Bill’ (PMB).

I was the second name pulled out and therefore, have a real chance of making a piece of law.

After much deliberation, I settled for the "Access to Medical Treatments (Innovation) Bill".

Now over the past few months, I have been busy meeting with stakeholders discussing the idea of my Bill and now, I have created a draft which is available below.

Between now and the second reading at the start of October, I will be discussing my draft with interested parties, so please do let me have your thoughts.

You can find below a timeline of progress on this subject. I will endeavour to keep constituents informed of any future developments that occur:

My Bill has now been published on the Parliament webiste, you can find it and track its progress here:

I received the above announcement yesterday afternoon from the Clerk of Private Members’ Bills, to officially announce that my Bill has passed committee stage and will now report to the House at the end of January. A very good end to the year and a positive way to finish work in Westminster before I return to Daventry for the Christmas recess, and some quality constituency time!

My Bill passed without amendment, however not without much lively debate! I still intend to make quite a lot of important changes, on which I hope to continue to consult widely, with interested MPs, and external groups and charities. These include adding extra support for the inclusion of off-patent drugs in new indications, a point I am very excited about as I’m sure it has the potential to make a big difference. I am certain that by the time my Bill reaches report stage it will be stronger than ever.

I very much look forward to working hard on this in January, but for now I’d like to wish you all a very Merry Christmas and a Happy New Year!

"The Ayes Have It"

As of Friday the 29th January, I am delighted to say that my Private Member’s Bill, Access to Medical Treatments (Innovation) Bill, has passed report stage and third reading in the House of Commons and will now be sent to the House of Lords.

The Bill passed with no opposition and was widely supported. I had tabled amendments to make several changes after listening closely to the concerns of stakeholders in the medical community, as well as cross-party talks with interested Members from both sides of the House. The majority of amendments were supported by Members from every political party that sits in the Chamber (other than UKIP!)

I’m truly excited to watch the Bill as it is considered in the Lords and for its potential to make a lasting change to the way our NHS develops, learns and shares information.

You can find all the information on by Bill, and track it through the Lords, here: http://services.parliament.uk/bills/2015-16/accesstomedicaltreatmentsinnovation.html

My Bill became an Act of British Parliament!!

After just under a year of working on my PMB it finally was given Royal Assent at 8.12pm in the Lords, becoming the Access to Medical Treatments (Innovation) Act.

I would like to thank everyone involved who helped me make this happen. Your assistance and support was invaluable.